On June 4, after leaving his winter camp and on his way, north, the commander-in-chief was writing to McDougall: "I am determined at the utmost to support the fort and I expect it will hold out to the last extremity."

The threat of an encirclement of West Point quickly focused attention onto the lateral roads that crossed the mountains between the Clove and the river. McDougall's fear of such a move was not lost on Colonel Malcom who was then at the Point in charge of militia, who, for "several reasons", marched from the fortifications on the evening of June 3 with six hundred militiamen and took post on the crossroad (now Mine Road) half-way between Fort Montgomery and the Forest of Dean to block any enemy attempt to gain the rear of the fortifications. It was a place where an army, if properly opposed, could be stopped on the precipitous slope of Popolopen Torne above the Hellhole. Two days later, still in position, he was writing to Washington of his determination to contest the ground and suggested it would be useful if a few companies of light infantry could be sent to reinforce him and, if so, "they must turn off near June's in the clove". But he also offered an opinion that the enemy would probably abandon any design against West Point. "A few days ago I thought it was in danger," he said, "but I am persuaded a body of troops posted where I am, at all events, would answer valuable purpose". The letter was dispatched by a major of militia levies who made his way to the Clove and down into New Jersey.

By Saturday, June 5, the separated divisions and other units of the approaching army, estimated at between 5,000 and 6,000 men, had closed the line of march and were concentrated at Pompton and ready to enter the Clove by way of Ringwood. One general officer, however, quartermaster-general Nathanael Greene, arrived with more than trepidation. Coping with the burdensome task of providing provision and supply, he found the troops entirely without provisions, "just as I apprehended." The Pennsylvania troops, he wrote, "were upon half allowance yesterday and not a mouthful for them to day." 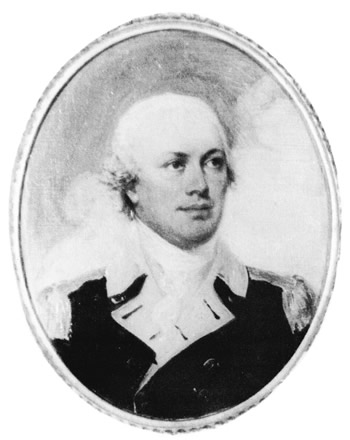 His letters became a litany of problems as the army marched farther from the magazines and supply lines were extended. He no sooner arrived at Pompton than he wrote a desperate letter to one of his rear quartermaster colonels to exert all his influence to forward provisions. "There has never been an object of equal importance contested since the beginning of the war as the Garrison of West Point," he pleaded. "It will be impossible to give succour to that place without provisions," and everybody involved must realize the importance of effort "and on whom the blame will fall that no stone will be left unturned to give us the necessary supplies of provision," and he reiterated that as the army was constantly distancing itself farther from the supply bases a daily increase of provisions would be necessary. "Great events," he reassuringly tried to emphasize, "depends often on little circumstances. Don't let industry be wanting on this occasion."

His intense dislike of entering the Clove was obvious when he wrote: "This is one of the most barren places in the World and carrys the most obvious marks of Divine displeasure. How we shall subsist our Cattle and keep up the necessary transportation through this inhospitable Country is difficult for me to tell and yet it must be done. The more I view the more difficult I see the business will be." With King's Ferry gone, all communication "oblige us to go through the Clove," and all provision will have to be hauled over a route of more than forty miles without forage and through the barren route of the Clove" where "there will be nothing to eat for Man or beast."

Greene was looking in all directions for ways to bring in supplies. The whole country between Morristown and New Windsor was "poor and barren" and it would require as great effort to bring in forage from below "as it is impossible to get it from this Country". He leaned heavily on the Sussex route from the Delaware into the country north of the Highlands as the only major road to transport provisions to Chester and New Windsor; he considered dividing the route over which they were moving into stages based at Middlebrook, Morristown, Pompton, and "Slotts in the Clove", and an estimation of the army's contemplated stay was hinted at in his query to a supplier, asking how many barrels could be delivered daily at Suffern's "for two months to come."

On Saturday, Washington left Pompton and rode to Ringwood and stopped for the night at the Erskine house and learned from Elizabeth herself the painful details of the November robbery. Here he received Malcom's letter of that morning with word of his lodgment on the Fort Montgomery crossroad, to which he returned an acknowledgement at 8:00 in the evening with an assurance of assistance in case of an enemy attack.

The usual preparations were made for the next day's march. Orders were sent by Lieutenant-Colonel Hamilton to St. Clair - who had delayed moving from Pompton - that he began his march at 4:00 in the morning and that he halt at Slot's until he received further word from His Excellency.150 From Erskine's, Washington wrote to Congress and apprised it of the fall of the King's Ferry forts and that the British movements were perplexing and difficult to comprehend, but every effort was being taken for the security of the Highland forts and the army would be deployed as best suited for that purpose. What the enemy was up to, even though some British shipping was dropping downstream, Greene wrote, "we can not even guess at" and it was by no means certain an attack on West Point was altogether relinquished.