In the winter camp at Middlebrook near the Raritan, Washington was certain by the end of May that the enemy had some important enterprise in contemplation, and prepared to take the field and move closer to the Hudson to within supporting distance of West Point. On May 29, St. Clair and his Pennsylvania division advanced as far as Springfield and three days later continued towards Pompton. One June 2, the Virginia division under Major-General Lord Stirling departed for the same place, and on the following day the remainder of the army, consisting of the Maryland division under Major-General Baron de Kalb, the artillery under Knox and Major Henry Lee's cavalry, set off towards the Clove by way of Morristown. 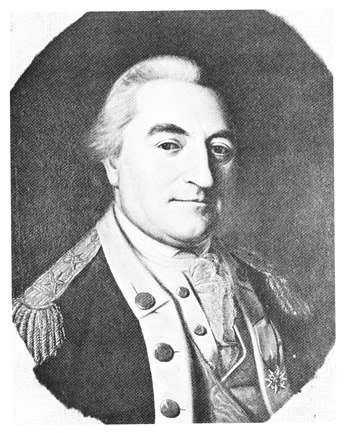 In the first days of June, the moving columns were strung out along the thirty-six mile road between Middlebrook and Pompton. Washington already knew of the landing of "a considerable body" of British troops near King's Ferry and that their movements were seemingly directed toward the Highlands, but he was also briefly apprehensive that their real design might be to prevent a junction of his army with McDougall and the five Continental brigades of the Highland garrison, and the British might "bend their whole strength" across northern Jersey and strike his army while separated and on the move. He dispatched word of this to St. Clair and suggested he take caution and perhaps not advance beyond Pompton until the other units could reach him.

St. Clair and his Pennsylvanians arrived at Pompton late on Wednesday the second, and was joined there in the dark hours of Thursday by Burr with his verbal information from McDougall of the situation in the Highlands, his expectation of a possible encirclement of West Point and a descent into the Clove, and his suggestion that St. Clair push through the corridor to New Windsor and take post on Butter Hill.

St. Clair relayed the information to the commander-in-chief at 7:00 in the morning, and informed him that if he left his baggage at Pompton he probably could make the forty-mile forced march and reach New Windsor - or, at least could get sufficiently through the Clove to escape interception from the Forest of Dean - but he would have to get further intelligence from the river for fear the army could become separated and exposed to piecemeal attack.

The arrangements for Burr's return were as careful as those taken when he left McDougall. St. Clair's reassuring reply that he would be at New Windsor by nightfall the next day was also verbal, and to ensure Burr's safety he ordered two horsemen to accompany him through the Clove, as it was "somewhat dangerous for single persons". Written orders from St. Clair, again addressed "to whom it may concern", directed that Colonel Burr, "being on urgent public business, must be put across the ferry to Fishkill landing without a moment's delay", and the "quartermaster and commissary at Newburgh or New Windsor will receive and observe as my orders the verbal instructions given by Colonel Burr". By the morning of June 4 he was back with McDougall.

Matthew L. Davis, who personally knew Burr and authored the first biography of this intriguing personality in 1836, recorded an interesting episode of which he said:

"On this enterprise a most amusing incident occurred. Colonel Burr arrived at the ironworks of the elder [Peter] Townsend in Orange County with a tired and worn-out horse. No other could be obtained, but after some detention a half-broken mule named Independence was procured and the colonel mounted. But Independence refused to obey orders and a battle ensued. The mule ran off with his rider and ascended a high bank, on the side of which stood a coal-house filled with coal through an aperture in the top. At length Independence, in the hope of clearing himself of his encumbrance, entered the coal-house at full speed, the colonel firmly keeping his seat, and both came down an inclined plane of coal not less than thirty feet in height. On reaching the ground without injury, Burr hired a man to lead the animal a mile or two, and then again mounted him and pursued his journey. This scene was exhibited on a hot day in the month of June amid a cloud of coal dust. The anecdote Burr occasionally repeated to his friends and some of the younger branches of the Townsend family."

Burr's encounter with the Orange County mule can be regarded as a spirited vignette of a disordered and unusual life and there is nothing to suggest the incident did not take place, but whether it occurred on the occasion of "this enterprise" can be presumed speculative, insofar as the Sterling Iron Works with which Peter Townsend was associated and where the incident supposedly occurred was situated a good five miles from the Clove Road along which Burr traveled; and, likewise, considering that time was essential in the transmittal of this intelligence, it could easily be deemed conjectural that he would digress from his duty to involve himself in a leisurely interlude with a most recalcitrant animal with a mind of its own.