The American Highland command under Major-General Alexander McDougall was on the defensive, certain after the loss of the ferry that an attack on West Point was imminent both by land and water. There were those in the mountains who remembered only too well the Highland disaster of 1777 and the unpredictable adroitness of the wily Clinton when on the offensive. Unaware that the probing reconnaissance and movement of ships on June 3 was subterfuge, McDougall could only speculate as to enemy intent and apprehensively waited attack.

The first three days of the month were tense at Highland headquarters east of the river. McDougall and his officers not only expected the ships to move upstream against the Point, but that enemy flanking columns could be expected to move into the mountains on both sides of the Hudson to within striking distance of the Point - on the east, by way of the Continental Village and the Gorge of the Mountains to the river shore at Nelson's Point, where contact could be made with the ships; and on the west, by landing troops at the abandoned ruins of Fort Montgomery and marching inland to the Forest of Dean from where, by a rough road (now Route 293) leading through the upland country between Smith's Clove and the river, the enemy could encircle and invest West Point from the rear.

Added to this, was a possibility that the British could also threaten Smith's Clove with the assistance of inhabitants "debauched" to their cause, who could guide them through the "hideous mountains" west of the Forest and into the Clove to sever the highway and "give much annoyance" to troops and supply trains using the road. The apprehensions of three years that a penetration of the Clove could come only from New Jersey through the narrow southern entrance at Suffern's was suddenly dispelled with a realization that, with an enemy in the mountains, the Clove was also vulnerable and open to attack from the east by the crossroads that joined the Clove highway at the home of the Widow Van Ambrose and the taverns of Earl and June. The danger of encirclement was to color military thinking for days to come.

With King's Ferry lost, McDougall's most direct line of communication with Washington from east of the Hudson was gone and the only remaining route into New Jersey was by way of New Windsor and through Smith's Clove. The fear of an investiture of West Point and the need to block such a move made it imperative that he contact Major-General Arthur St. Clair (pronounced sin-clair) who was on his march to Pompton with the advance division of Washington's army, to urge that he push through the Clove to New Windsor and take position in the area of Butter Hill (now Storm King) to cover the Point and prevent an attack "from the upper side." 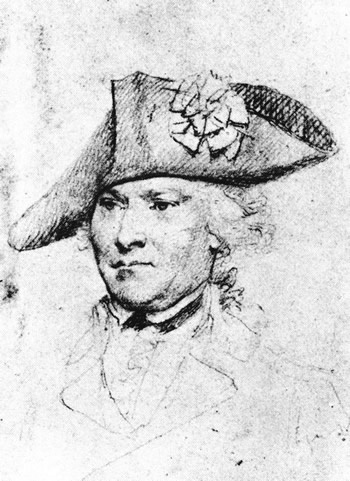 The danger of travel in the Clove and possible interception fixed McDougall into a determination that the message had to be verbal and charged to a trustworthy courier. Among those with him at headquarters in the isolated Budd house on the post road was Aaron Burr, civilian, late lieutenant-colonel in the army but retired and visiting with the general. McDougall asked if he would serve as messenger. 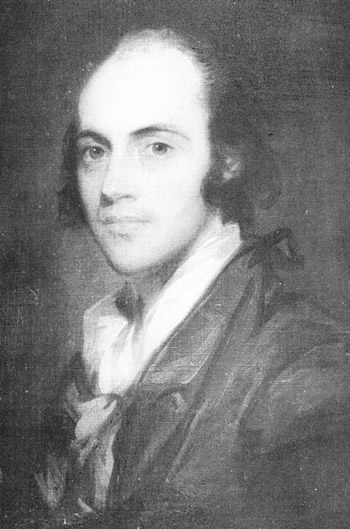 Pompton was close to sixty miles distant, allowing for the detour, but Burr, acquiescing, knew the country intimately and had the brash confidence of a twenty-three-year-old. To facilitate his journey, McDougall prepared two orders in writing on June 2 directed "to whom it may concern", that Colonel Burr, "being on urgent business, is to put across the ferry at New Windsor without delay", and that Colonel Burr, "being on very pressing business, every magistrate will assist him in changing horses and all friends of the country will also assist him".

Charged verbally, Burr galloped to Fishkill and down to the landing and was taken across to New Windsor, and as day lengthened and darkness descended on the mountains of the Orange corridor he made his way down the twenty-three mile length of the Clove Road to Suffern's tavern - luckily, without incident - and then another ten to Pompton, and around 3:00 in the morning entered the silent encampment of the sleeping Pennsylvania division and was taken to St. Clair's quarters.