The history of the blast furnace known as Clove Furnace, located in the Ramapo Valley (the "Clove") of southeastern New York State, begins with an older, smaller installation called Greenwood Furnace. In 1811 James Cunningham of Warwick, New York built a charcoal furnace for the production of iron. The crumbling remains of this structure still stand about one half mile from ruins of the later blast furnace. 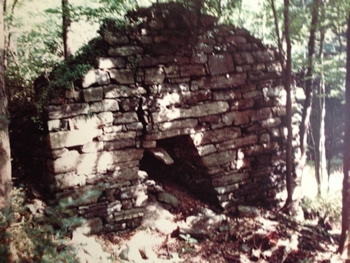 During the war of 1812, iron from the Greenwood Furnace was used to cast cannonballs for the American armed forces.

In 1827 Gouverneur Kemble, owner of the West Point Foundry at Cold Spring, New York, and William Kemble of New York City, acquired 2,839 acres of Greenwood Furnace property. Within a short time the two Kembles owned most of the mines in the Greenwood region as well as the Greenwood ironworks.