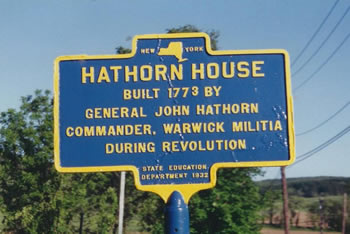 The featured speaker will be Sue Gardner, author of the recently released Pure Necessity: Revolution at Warwick: The Life & Times of General John Hathorn, His Militia, and the Community of Warwick, New York in the late 18th Century.

Sue is also the deputy Town of Warwick historian and reference librarian at the Albert Wisner Library.

The book focuses on "...the life of Gen. John Hathorn, leader of the Fourth Orange County Militia, and the experiences of his men at strategic locations of the Hudson and Delaware regions..."

New Edition of Corridor Through the Mountains now Available 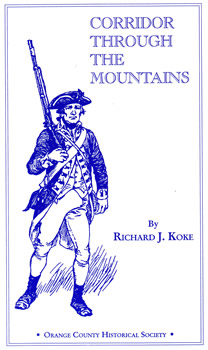 The society has published a new edition of Richard J. Koke's Corridor Through the Mountains. [For a preview, see the Society's web version of this book.] This book tells a great story of the "Clove" during the Revolutionary War, where it served as a passageway and line of communication for General Washington and his troops. It is a must for any historian's library of New York Revolutionary History. It can be purchased here: bit.ly/Corridor-Through-The-Mountains